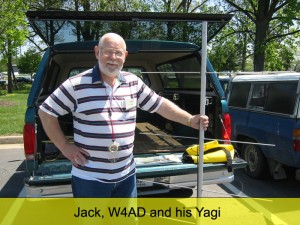 Woodbridge Wireless conducted a Rabbit Hunt on April 27, 2003. KA4CKI was the rabbit and was hiding in Woodbridge’s Davis Cemetery, located just 1000 feet South of the VRE commuter rail station in Woodbridge.

This location is accessible by gravel road from its northern edge, but blocked by commercial businesses to its East, CSX Rail to the West, and a swamp to the South where the cemetery borders with Veterans Park. 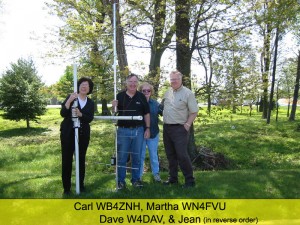 The Hunters found it easy to get close to the rabbit’s location via Dawson Beach Road, but actual access to the site then became much more problematical since the entrance road is all but hidden to the casual observer. The five teams generally circled around to Veterans Park and approached from the South through the swamp or along the railroad tracks. A few made several passes through the local neighborhoods, parks and schools before finding the access road to the cemetery.

The winning team was within 500 feet of the rabbit only 30 minutes after the hunt began, but it took them another 45 minutes to zero in on the rabbit’s actual location. They arrived from the desirable Northern direction with dry feet. 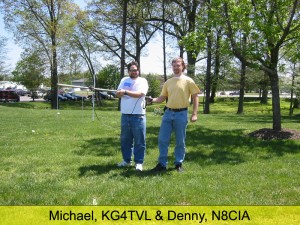 The second place team approached from swampy South and managed to climb up onto the railroad right-of-way in order to avoid fording a large stream that blocked their way.

The remaining teams had been circling the rabbit’s den since early in the contest, but all finally zeroed in on the rabbit lair well before the end of the three hour contest limit. GREAT JOB for such a difficult hunt! All 15 participants learned a lot about direction finding, and the area around Veteran’s Park.